Girl, 1, and boy, 12, are among five people killed in horror head-on crash in Florida

By Neirin Gray Desai For Dailymail.Com

The collision occurred when a Ford Explorer – driven by a 20-year-old woman and carrying six female passengers aged one, five, 12, 22, 31 and 56 – crossed the center line of a two-lane northbound carriageway and hit a Nissan Frontier driving in the opposite direction.

The 20-year-old Zephyrhills driver as well as the 12-year-old and 56-year-old Ford driver all died in the crash. The other three in the car were all seriously injured.

A 53-year-old man driving the Nissan was also killed and his passenger was seriously injured. Then an 18-wheeler hit the Nissan, but its driver was not injured. 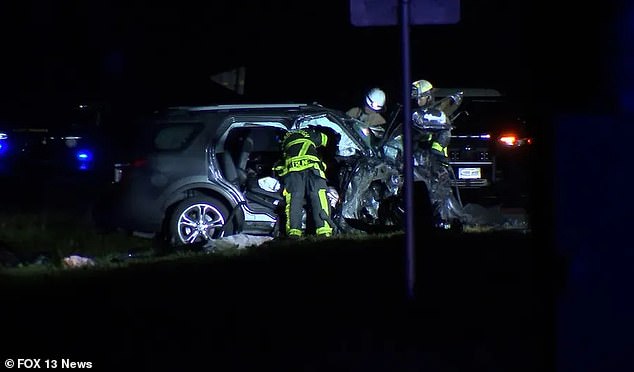 The 2015 Ford Explorer was driven by a 22-year-old driver from Zephyrhills and was carrying six passengers, including a one-year-old boy and a 12-year-old girl who both died. 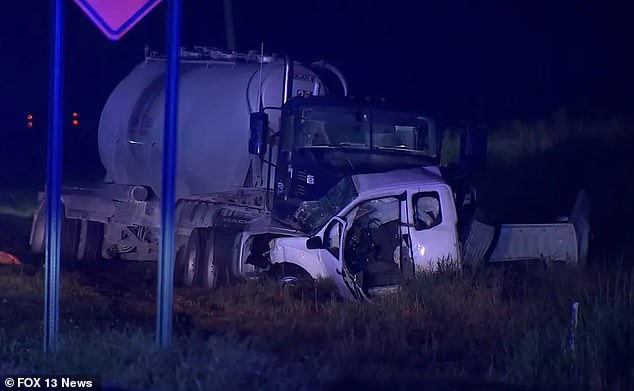 The 2021 Nissan Frontier was hit twice, first by the Ford in a head-on collision and then its passenger side was hit by an 18-wheeler. 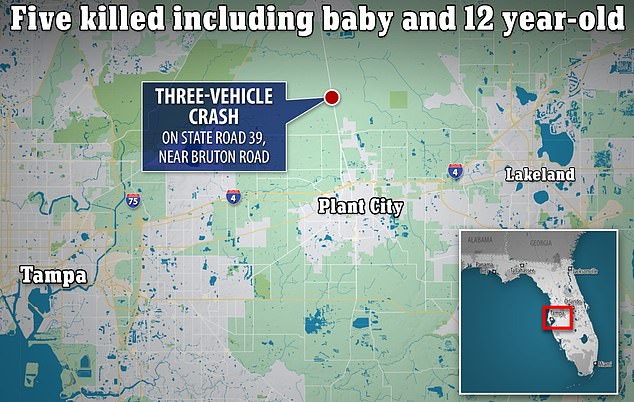 The collision happened north of Plant City on the outskirts of Tampa at the junction between SR-39 and Bruton Road just before 10pm Sunday night.

All female passengers in the 2015 Ford Explorer were wearing seat belts or in a child restraint, investigators said.

The 53-year-old man driving the Nissan was from Valrico and was traveling south on SR-39.

As the vehicles approached each other, the SUV went across the center line for “unknown reasons,” troopers said. The two vehicles crashed head-on, they said in their report.

After the crash, the Ford ended up on the west shoulder of the freeway and the Nissan came to rest in the southbound lane of SR-39 with no lights.

An 18-wheeler driving south along SR-39 struck the passenger side of the wrecked Nissan, plunging both vehicles into the embankment on the side of the road.

The driver of the 18-wheeler is from Plant City and was not injured in the crash.

The condition of the other four seriously injured is not known at this time and the Florida Highway Patrol is still investigating the crash. 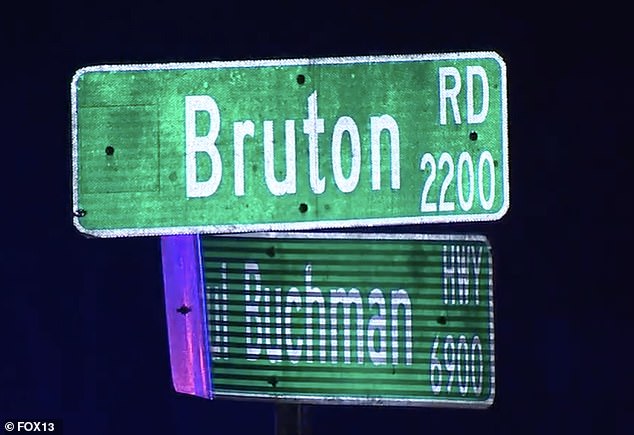 The collision happened north of Plant City in suburban Tampa at the intersection of SR-39 and Bruton Road just before 10 p.m. Sunday night.